Posted by roodonfood on May 22, 2012 in Food Adventures

If you’re on the Jersey shore you’ll find many fun foods including extra large slices of pizza, lemonade, funnel cake, fudge, pork roll and of course boardwalk fries. Those are all great American foods to have later, but the first priority is to stop by Kohr’s Frozen custard stand. I love frozen custard because I only have it a handful of times a year. While it’s available in other places, it’s more special because I associate having it ocean side at the Jersey shore. I first saw it was in Seaside Heights, NJ. The most recent time was at Point Pleasant. 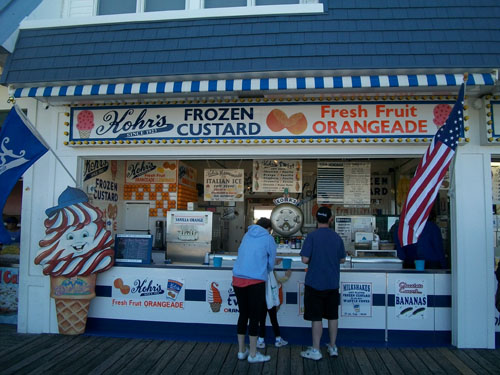 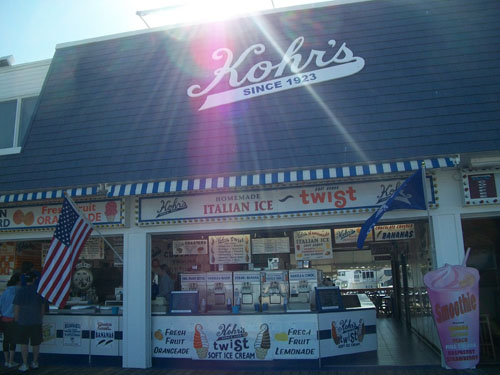 According to Wikipedia frozen custard is: “….a cold dessert similar to ice cream, but made with eggs in addition to cream and sugar. In the United States, the Food and Drug Administration requires products marketed as frozen custard to contain at least 10 percent milkfat and 1.4 percent egg yolk solids. If it has fewer egg yolk solids, it is considered ice cream.

The Kohr’s I’m referring to is here. There are actually multiple companies with similar names all run by descendants of the original brothers. From what I read, they’re all good. Parsing together the history seems to beg how far down the rabbit hole you want to go. I wouldn’t bother with that. You’re on the shore. Now go relax.

Kohr’s has been making frozen custard since 1919, so maintaining the same recipe over nearly 100 years is pretty impressive. The woman behind the counter told me that the most popular is chocolate mint. That was a clear winner. I have to say, with the sun at its highest, there is nothing more refreshing. 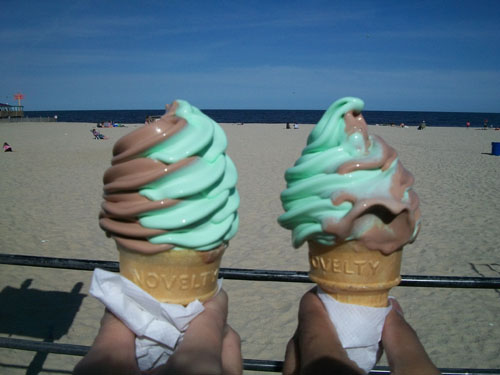